Aspirin may reduce the risk of colorectal cancer

You are here:
Oncologia molecular 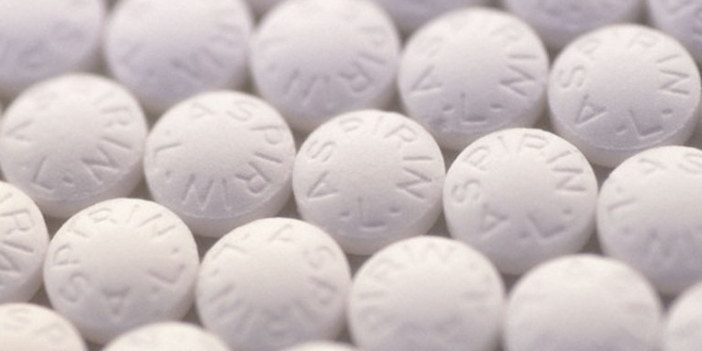 Members of the Colon Cancer Family Registry (CCFR) and Genetics and Epidemiology projects of the Colorectal Cancer Consortium (GECCO) collected genetic and other data from more than 8,600 cases of colorectal cancer and 8,500 controls enrolled through studies in the USA, Canada, Australia, and Germany more than approximately three decades.

But the protective effect vanished in individuals carrying low frequency alleles at the SNP sites on chromosome 12 and chromosome 15, suggesting that such variants may eventually prove useful in guiding the use of aspirin / NSAIDs.

“This study suggests that the addition of information on a genetic profile could help in making that decision.”

“However, it is premature to recommend genetic screening to guide clinical care, since our results must be validated in other populations.”

The investigators relied on information from 8,634 individuals with colorectal cancer and 8,553 unaffected controls who had been included in the sample for the case-control study of the CCFR through nine case-control or cohort studies conducted by the GECCO between 1976 and 2011.

He then performs a gene-environment analysis that directly considers genotype and imputed SNPs of individuals, along with diagnoses of colorectal cancer and regular use of aspirin, to other NSAIDs, or both.

In general, the team found that aspirin and / or NSAID use regularly was associated with a prevalence of 28 percent of colorectal cancer – below the prevalence of 38 percent is described in the general population. However, the analysis highlights cases in which the drugs do not seem to confer a benefit.

For example, the regular use of aspirin / NSAIDs was linked to lower than normal rates of colorectal cancer in individuals with two copies of the thymine allele on chromosomes 12 rs2965667 SNP. But for those who have the rarer thymine-adenine or adenine-adenine genotypes, the risk of colorectal cancer appeared somewhat higher after regular use of aspirin / NSAIDs.

In contrast, individuals with the genotype-adenine adenine more common in rs16973225 seemed to get some benefit risk of colorectal cancer from the drugs.

The study authors cautioned that more research is needed to verify the results in individuals from other populations. In addition, it remains to be seen whether the responses of other impact or risk variants associated with the regular use of the drugs.

“An equally important question to be investigated is whether there are genetic influences on the likelihood that someone may be harmed by aspirin and NSAIDs.”